There is a question I see quite a lot when it comes to freshwater fishing in America. Are carp invasive? Is the common carp an invasive species that we should kill at every opportunity? As odd as it may sound, the common carp is only really invasive in the United States of America. It seems in every single place except America, the common carp is a major game fish that is often caught for food and sport. Unfortunately in America, there is a stigma felt deep within the hearts of many that carp are disgusting bottom feeders that are not a good fish to eat or catch.

Worse, they are believed to be invasive to the environment so much that they destroy it. Is this really true? For clarification, the “carp” term describes many fish in American waters and most of which are in fact, invasive. For instance, the common carp is likely the contender you thought of when you first hear the term. It sort of looks like a big goldfish. that fish is in the minnow family. In fact, there are many species of carp in the Americas and some that are called carp but are actually not related to them at all. As an example, there is the bighead carp, silver carp, crucian carp, black carp, Prussian carp, mirror carp, and others. There are many different species of carp.

Meaning Of Invasive And Why Common Carp Aren’t

When you start asking the question about what fish are invasive, it becomes very important to clarify exactly which species you are talking about. Bighead and silver carp are actually not carp but they are extremely invasive in the waters they inhabit. Although they eat only plankton, they also breed prolifically and outcompete the native fish for resources like space. There is a very big difference in a few terms and those differences play a role on how the question is interpreted. First, there are native fish. Second, there are invasive fish. Third, there are naturalized fish.

A native fish is a fish that is naturally found in the water and has no outside influence of its introduction. Naturally, they have abundant food, stable offspring, and a generally healthy population life cycle while not being harmful to their environment. An invasive species is a species that is introduced from outside sources. These occur when fish survive long enough to reproduce fertile offspring. As a result, the natural ecosystem of the water suffers as resources are depleted and other things are harmed. Using the right carp bait will help this problem.

A naturalized species is one that started off as invasive but has adapted to its environment in a way that it poses no more harm to the habitat it was introduced. instead, a naturalized fish can have stable populations without being a significant threat to the health of the water column. Common carp in most places have the naturalized status. Many moons ago, carp used to destroy the ecosystem they thrived in. Today, the common carp is now another breed of fish that is no more harm to most places than a catfish or a bass. Koi fish are also included here.

Mirror Carp And Why They Are The Same As Commons

Mirror carp are a subspecies of the original common variety but the scale patterns they posses is quite a bit different. Every individual fish has a different scale pattern as unique to it as a fingerprint on a human thumb. Common carp are always covered in scales on their entire body. In the waters where they exist, mirror carp can have a few scales and highly irregular patching on their bodies. There are also some individuals without scales at all and these are called leather carp. As far as wildlife conservation and ecological damage, all three have the exact same environmental impact. This is because they all eat algae and other forage where they live. 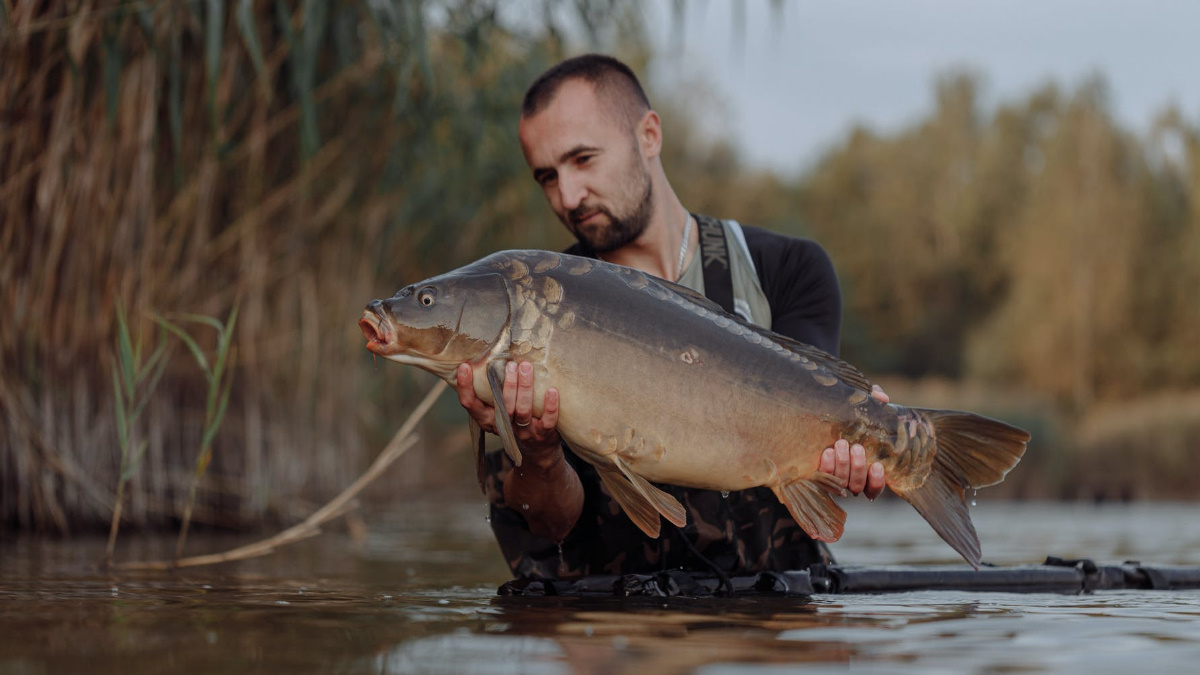 Mirror and leather carp for the most part are actually less prevalent in their population and do almost no damage. Instead, they do a great job of controlling algae growth, and preventing oxygen stealing plants from syphoning the life out of the water. In a nutshell, common carp, mirror carp, koi, and leather carp do not do enough damage anymore to be considered a serious threat to the ecosystem. This is all because they have been around long enough where they have reached a balance in nature and found their place as fish. Catch them and harvest as you see fit.

Asian Carp – The Destruction Of Bighead And Silver Carp

There are a couple of species of Asian carp that are by every definition, invasive. The bighead and the silver carp are at both incredibly high levels of ecological threat in the waters where they exist and have become established. They were introduced as a way to control weeds and algae growth. As the fish got older and reached sexual maturity in only two years, their numbers exploded. now, they outcompete native plankton feeding fish, mussels, and game fish fry for food and also cause multiple different problems regarding environmental damage. 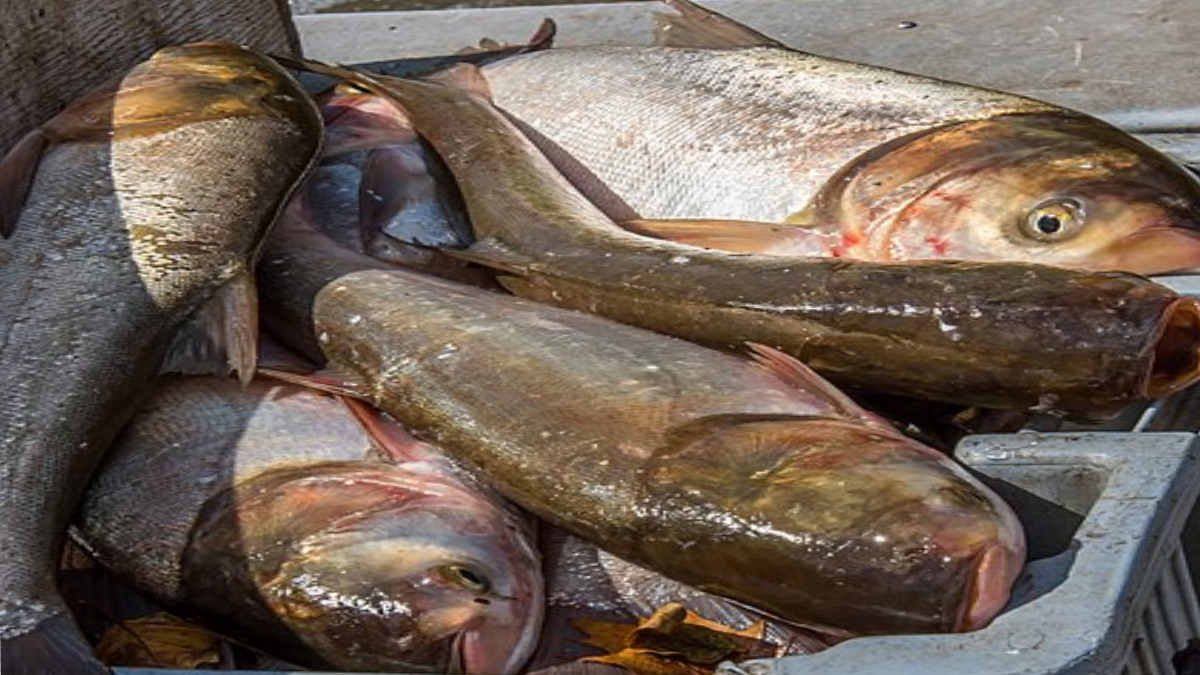 They are not technically carp because they are plankton feeders. When spooked, silver carp will jump out of the water, sometimes landing into boats and even hitting fishermen in the face. In places such as China and Thailand, they are a major game fish and their presence is welcomed. In America, they disrupt the natural supply of food and so, drastic marine wildlife conservation efforts must be utilized to keep their numbers in check. They have a thriving population in Texas, Kentucky, and Illinois as well as in other places. If you manage to catch either, don’t release it.

In some areas, waters are still threatened by the mere existence of species like goldfish which are also a species of carp. Goldfish are a domesticated pet species of carp that was introduced to the wild by releasing pets or by using live goldfish as bait. Goldfish are a domesticated subspecies of the crucian carp, another highly invasive fish. Both goldfish and crucian carp are both extremely invasive fish species and contribute to poor water quality by uprooting native plants and kicking up dirt off of the bottom. They will also eat the eggs of other native fish. 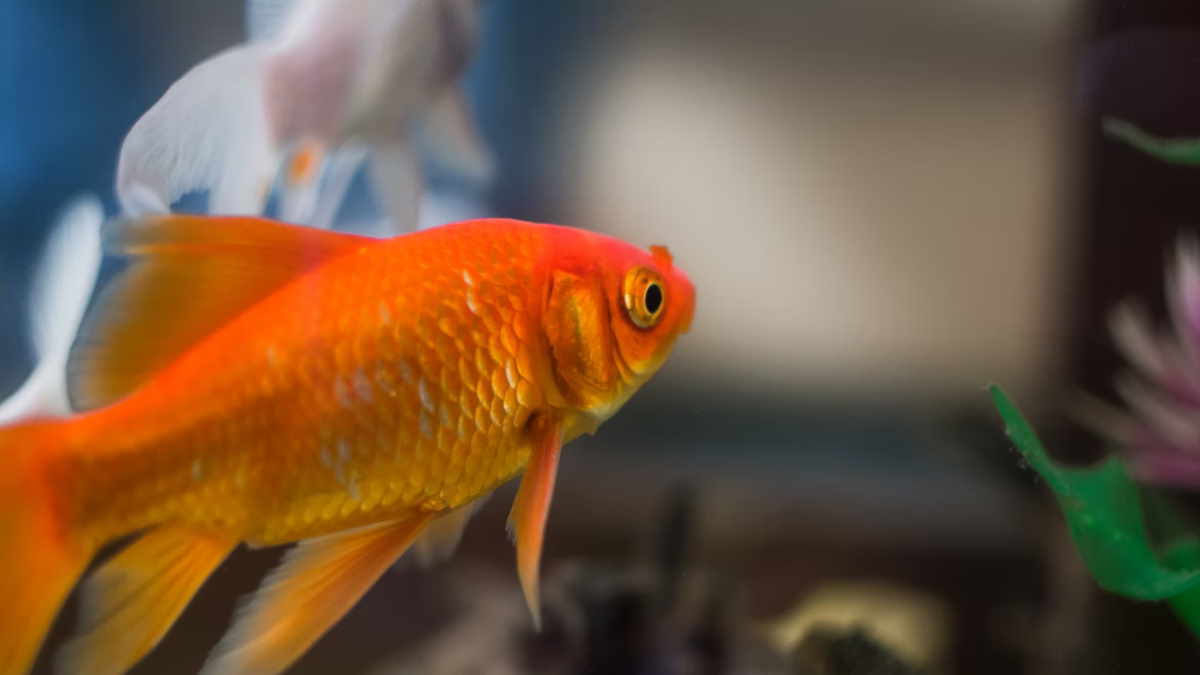 Goldfish enjoy consuming the eggs of other fish so much that they can completely clean out a nest if its left unchecked. Unfortunately, wild goldfish are invasive almost everywhere in the entire world. They and crucian carp alike can turn pristine clear water and turn it green in a very short time. They are also very good at reproducing in the local waterways where they exist. Do not ever release any goldfish into the wild for any reason. Do not flush them down the toilet and do not use them for bait unless you caught it from the same body of water where you will fish.

To Conclude – Are Carp Invasive? Depends On Species

To answer the question isn’t easy. The only easy answer that can be considered accurate is  “it depends where you live and which carp species”. In places like Thailand and China, carp is not really a fish you need to consider invasive. In the Americas though, some species like goldfish, crucian carp, bighead carp, and silver carp are all extremely invasive to the environment in which they live. The common carp or mirror carp that you are planning on catching on a piece of corn or a boilie is unlikely to cause any more harm where you fish than it already has.

With that in mind, fish comfortably because they are a very hard fighting fish and they make great pictures. Just always remember to do the responsible thing and always choose your bait wisely. Aside from that, common carp are naturalized and not invasive. Other species of carp are invasive and should be removed from the water if you can. I am of the opinion that everybody looking to catch a few more fish should try to catch a few more commons because literally everybody on Earth loves them for food, fun, and sustainability. Leave a reply below to respond! 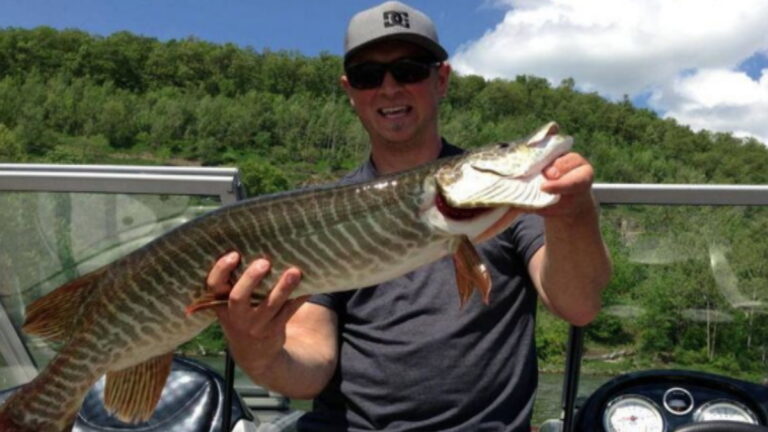 If you wanted to know the hardest species of fish to catch in North America, many would probably say… 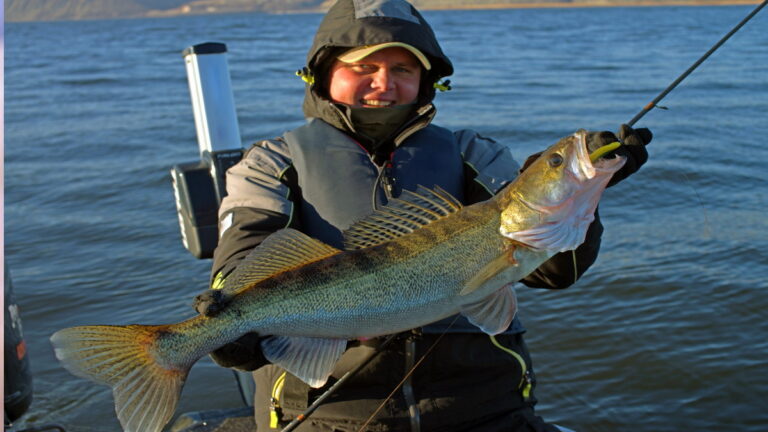 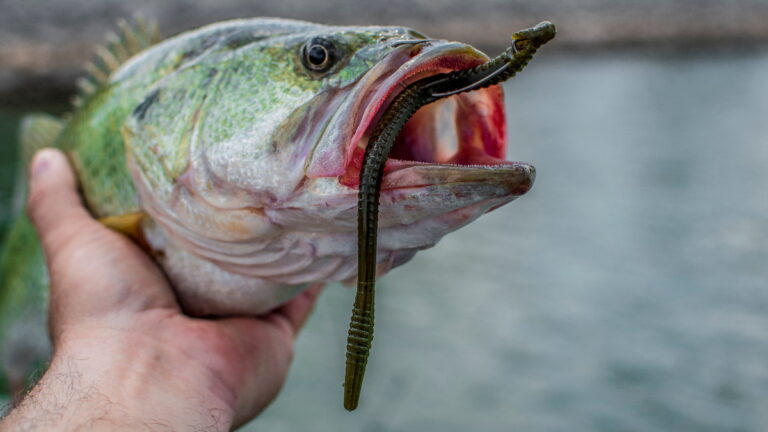 The Texas rig is one of the most effective ways to rig any soft plastic. When done properly, it… 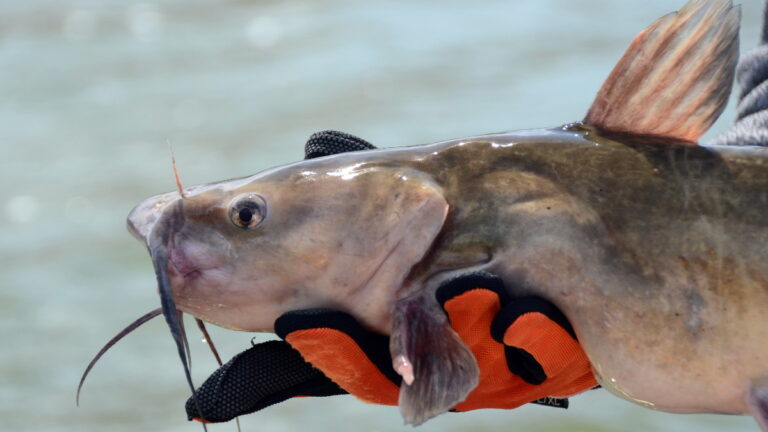 There are many times when anglers will bring up how to catch channel catfish. There always tend to be… 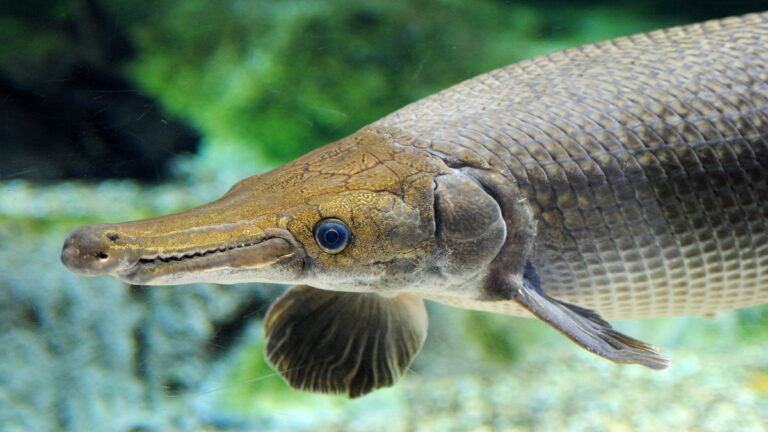 When you look at them compared to other fish, every species of gar is intimidating and somewhat mysterious. The… 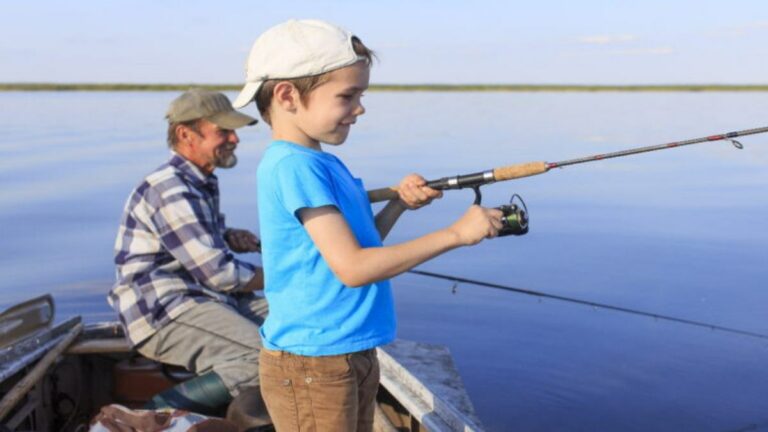