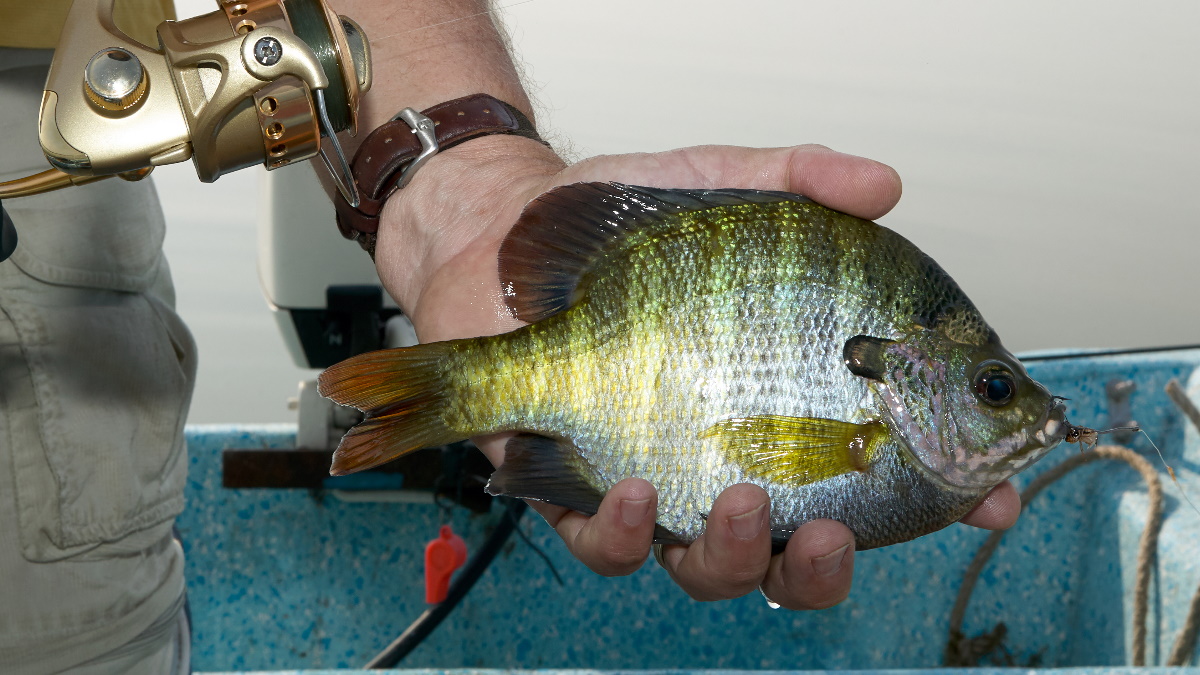 Catching Bluegill is a very relaxing way to enjoy an afternoon fishing especially when you are with kids. They are very easy to catch and it can produce a day of fun for the entire family. Bluegill are particularly unique because there’s a lot of them, they are easy to catch, they make great bait for predatory game fish, and they taste good. Bluegill tend not to be particularly picky eaters. Pretty much all bluegill will consume just about anything that is readily available if it can fit in their mouths. Bluegill can be caught on a variety of different baits as well as artificial lures.

Knowing the best bluegill baits to use will dramatically increase your catch. Catching these little guys are how most of us started our fishing adventures and for many of us, it just never gets old. One can always have fun targeting them because they are just plain fun to catch. You can catch them on lures but the best way is with bait. You can catch them for bait to use them for predator fish like bass and catfish. using the right offering on your hook is absolutely essential to success. 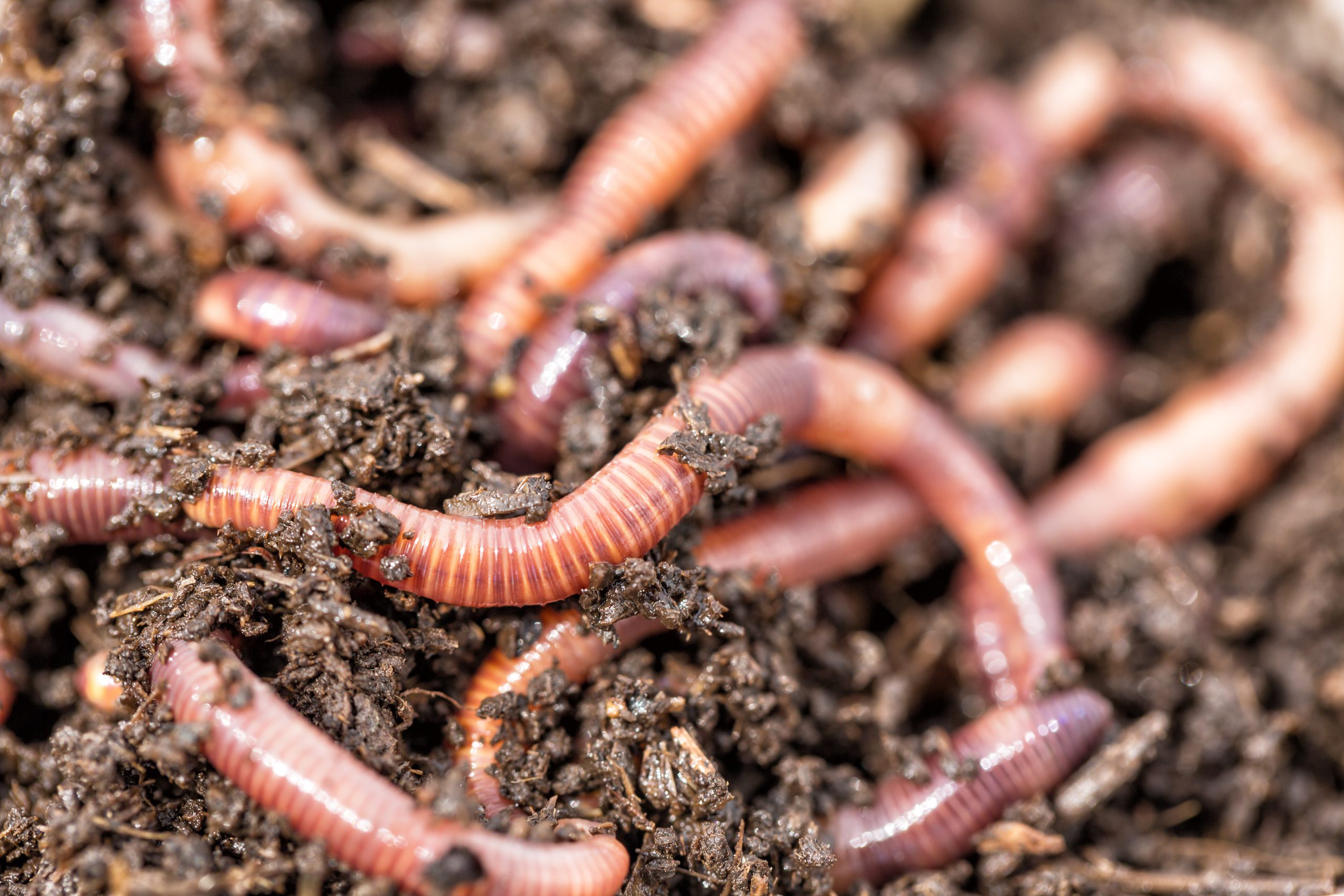 If an angler could choose only one bait for the rest of their life to catch bluegill, chances are much more than likely that they will pick worms. European nightcrawlers, red worms, and other species of earthworm are the most widely used panfish and trout bait and for good reason. They work. When the fish just aren’t biting, hooking up one of these slimy creatures makes a tantalizing wiggle and this is often all it takes to reel in fish after fish. In huge comparison to every other panfish, the bluegill sunfish just cannot seem to ever get enough of them.

This particular bait is how many anglers caught their very first panfish. They make almost perfect bait for green sunfish, bullhead catfish, warmouth, white Bass, pumpkinseed sunfish, flier, and of course, the bluegill sunfish. A hook and bobber is a great way to take some panfish on earthworms. Always make sure to put the worm on correctly and use a small hook too.

2. Crickets and Grasshoppers Along With Other Locusts 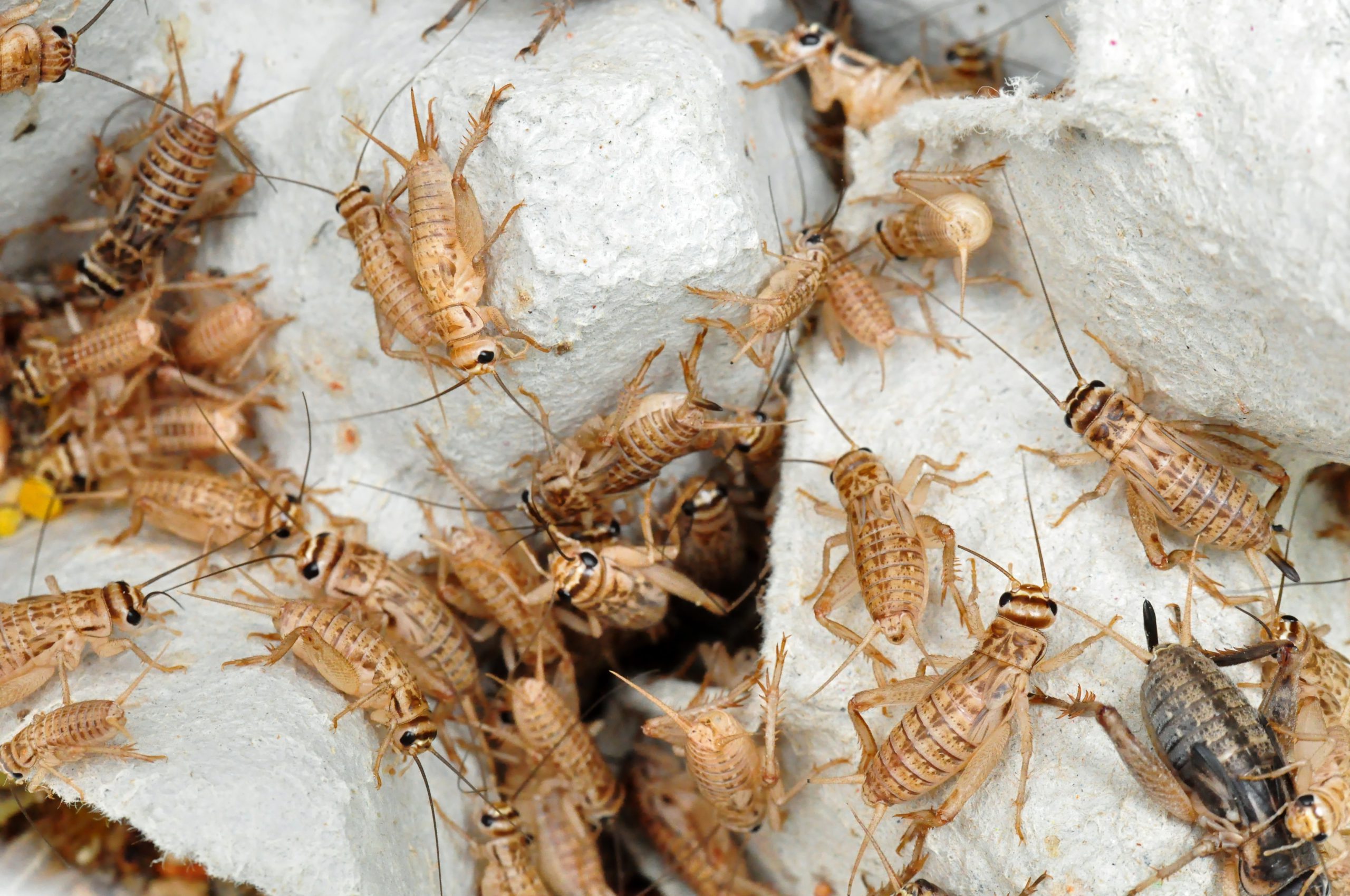 Crickets and grasshoppers are a great bait to use for all kinds of fish. Not just panfish, although they certainly will work for those as well. Crickets can easily be found at local bait shops and pet stores. They can be purchased by the hundreds, It is easy to keep them alive if you purchase them at the right time. You will catch a lot more than small panfish on them too. They will readily catch huge panfish as well as smaller ones. You can chum them or fish them while under a bobber. All species of fish love insects. This is how they eat when they are small.

They like the taste of insects, they like the way they move, and to very small fish, they often result in a full belly. These factors give you a bait that is both tasty, enticing, and highly appreciated. Crickets and grasshoppers can be found most times of the year if you are willing to catch them yourself. You want to hook crickets and grasshoppers behind the shoulders so they try to hop away on the surface of the water. The action will entice the fish to come up and pounce on the bait. Use a thin wire hook for the best results. Crickets are effective and versatile. 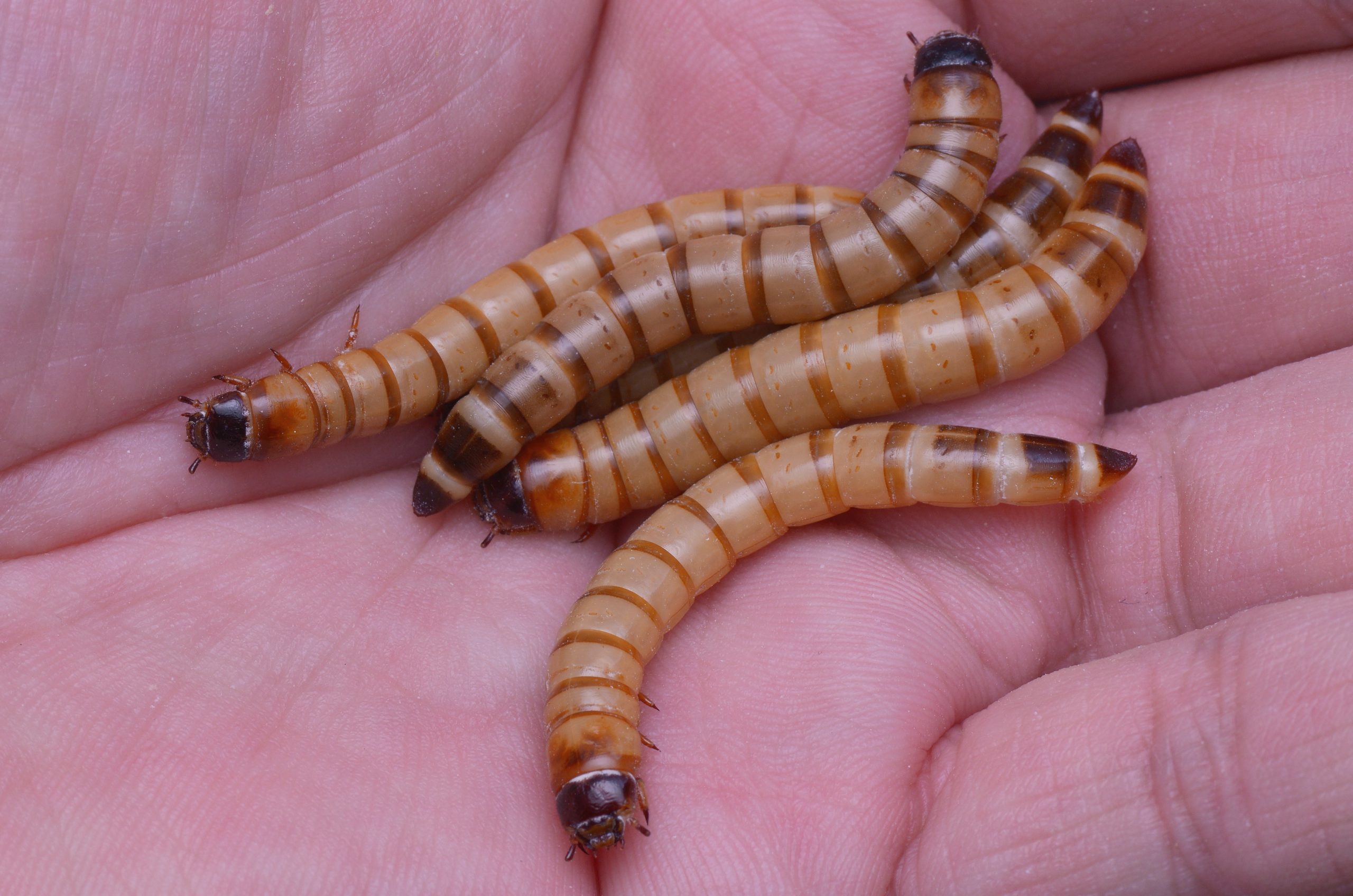 The mealworm is a very good bait choice. It is the larval form of the mealworm beetle also called the darkling beetle. Mealworms can be purchased at most bait stores and pet supply outlets. They are a high protein snack for lizards, frogs, and other reptiles as well as for pet fish like Goldfish and Beta Fish. They are commonly fed to birds as a protein-rich source of calcium and fiber and are often used to make chicken feed. Fish them under a bobber or on a jighead.

Mealworms may not be the first choice in fish baits, but to all Sunfish, they are certainly one of them. They also have the added ability to stay alive for a long time and they even make a great bait if they happen to pass away. To fish a mealworm, a good method is to hook a few on a hook and run it under a bobber. Another good method is to just hook them on a normal jig head.

4. Minnows Such As Emerald Shiners And Other Baitfish 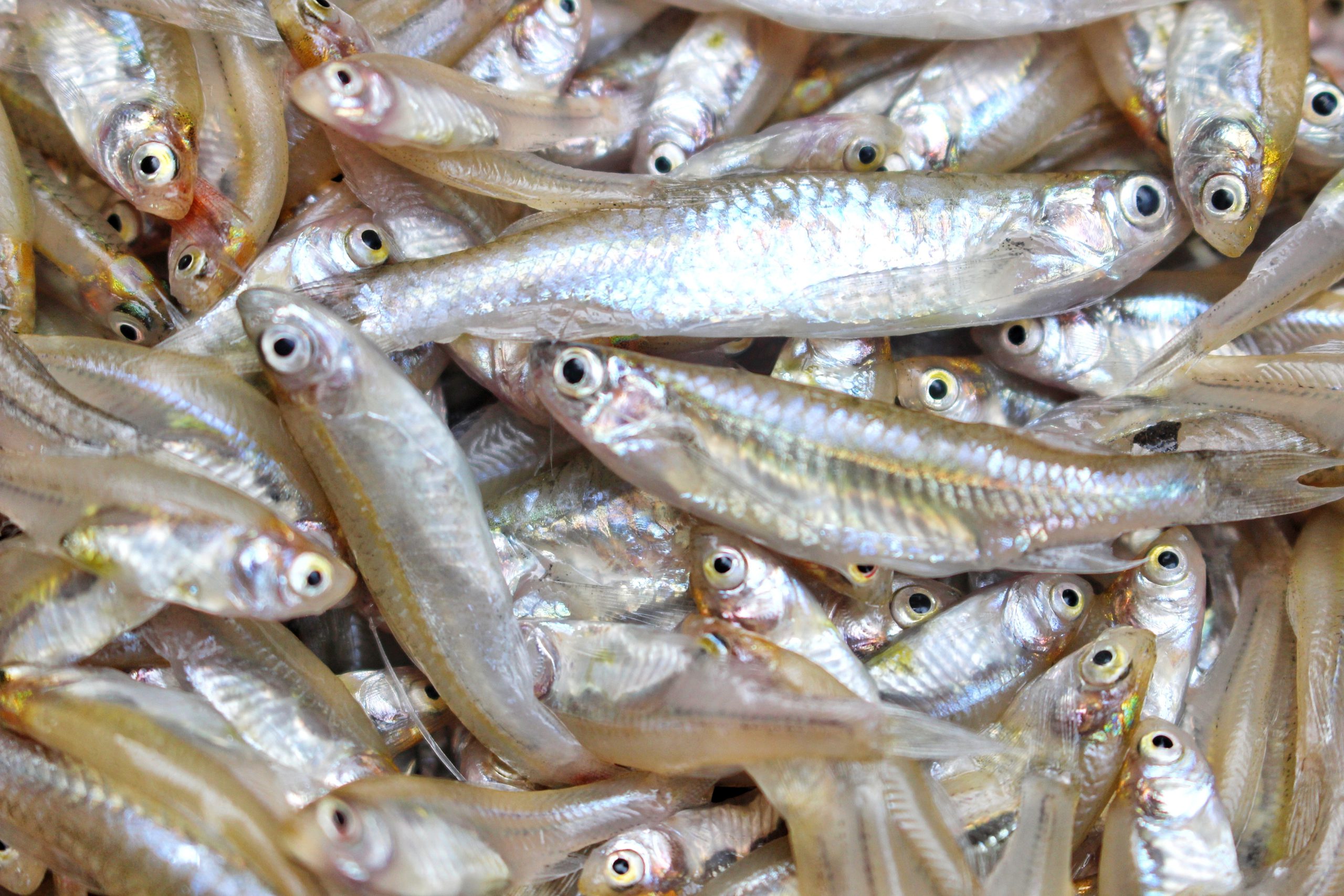 One of the most classic baits for all species of fish, minnows are great because they are easy to obtain, they are extremely effective, and they don’t cost too much. While they are more expensive than worms, it still isn’t too bad when you consider the amount of fish that they will produce. The cost of purchasing minnows is mitigated if you are allowed to trap your own baitfish. Minnows can be purchased from local tackle shops or caught in traps or nets.

You can keep minnows alive by following some key steps. It is always a good idea to use the smallest minnows you are capable of using depending on the size of fish you are after. The mouth of the bluegill is extremely small unlike that of the green sunfish or warmouth. Smaller minnows will always be beneficial to you when you are fishing for panfish regardless of species. All fish love minnows and all fish can be caught on them if you know how to use them. 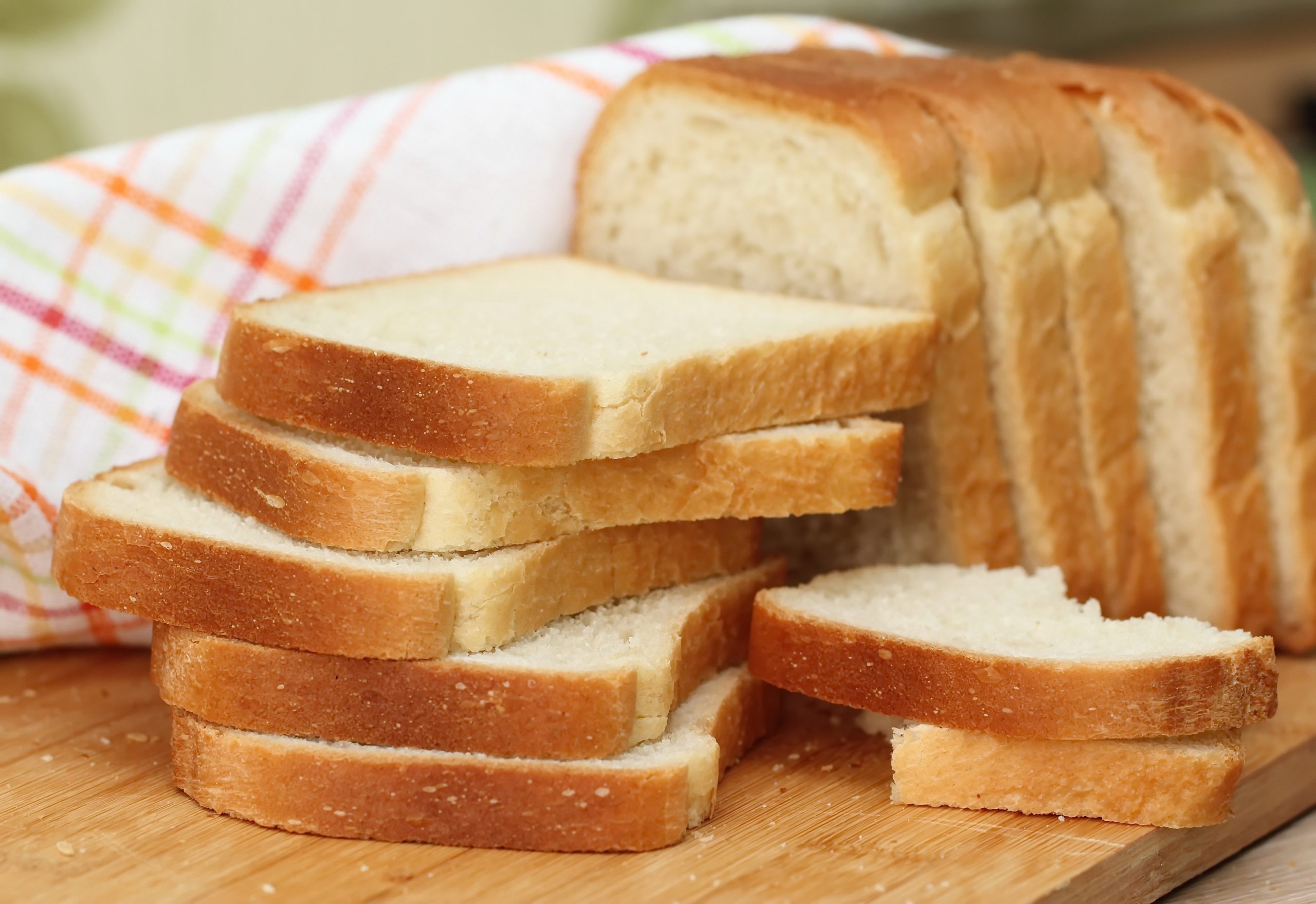 Although it isn’t a very natural-looking bait, bread is a tried-and-true fish catcher. Bread makes a great chum as well as a hook bait. Pretty much all kinds tend to work well, but the original, white, bleached, sandwich bread is hard to beat. Its good for all species of baitfish as well as panfish. You can almost guarantee a catch on any small panfish using bread. The great part of bread is the cost as well as overall effectiveness.

You can hook very small pieces on the end of the hook, chum it, and catch a ton of bluegill. It can also be used to attract baitfish like minnows and other fish if you want to use those instead. It also makes a family friendly bait that is easy to use by even some of the youngest anglers. It isn’t hard to use and it really works.

6. Meat Sticks Such As Slim Jim’s And Jack Link’s Jerky 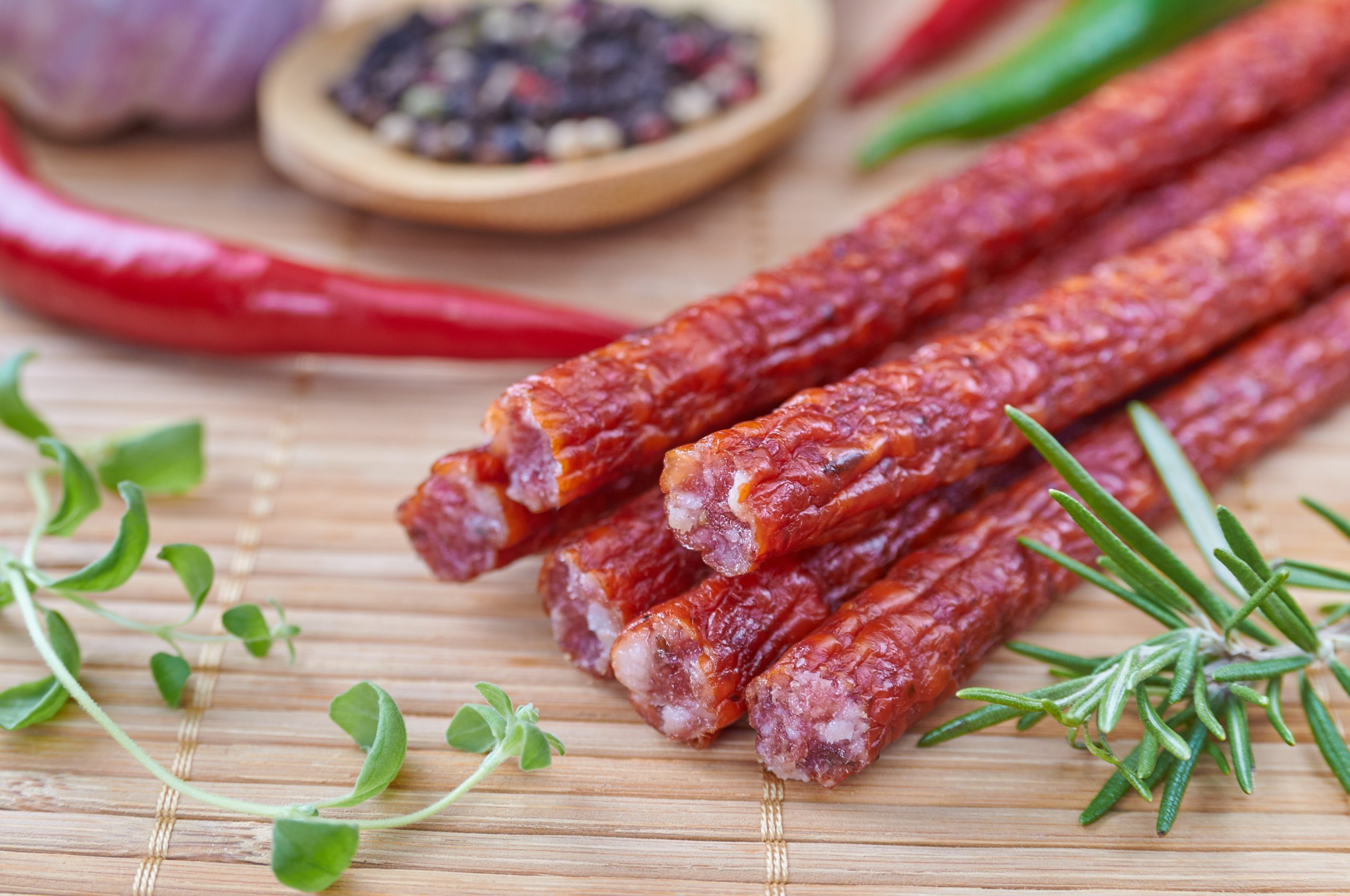 Beef jerky sticks and other highly processed meat and snack sticks cut into very small pieces make excellent bait. They are hard to pull off the hook, they smell and taste meaty, they are dark brown like worms, and the fish love them. You can buy them in bulk because they last forever, they are extremely cheap, and if you are a fan of processed meat sticks, you can eat your bait if you get hungry. You can do the same thing with packaged cheese.

Take a pair of scissors, cut the sticks into pieces about one centimeter a piece or smaller, hook them on a small bait hook and watch the fish go after it. The bait will produce consistent results quite often. It is always a good idea when using an unnatural bait like this to chum the water with extra pieces and freebies.

Once you catch a few fish, it isn’t uncommon for the rest of the school to start being hesitant to bite it. If you throw in little extras while you are catching them, they don’t learn as quickly that processed meat is inherently bad for their health. If every piece of meat has a hook in it, they learn a lot quicker than to avoid taking a bite to maximize their chances of survival. 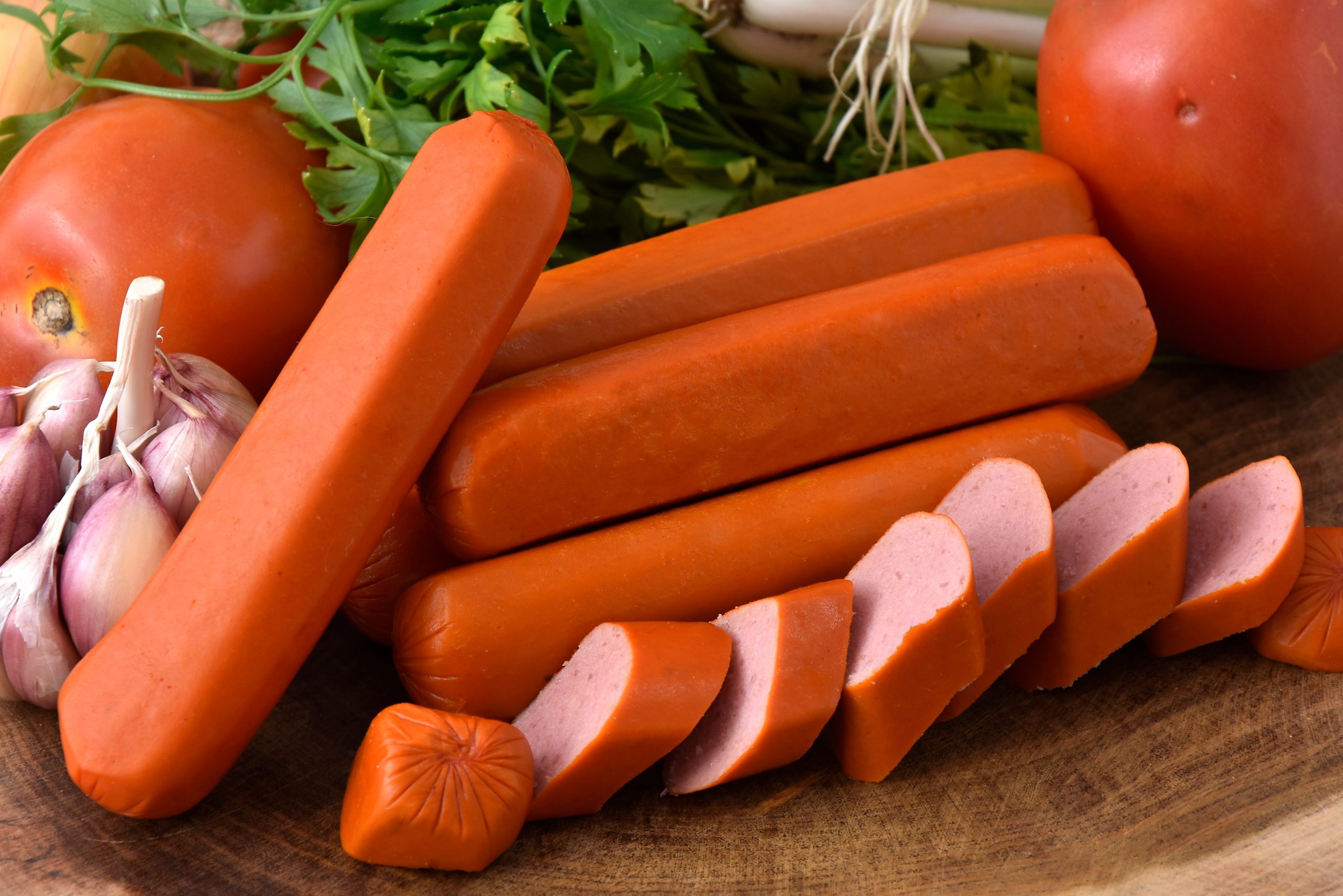 As odd as it may sound, hotdogs are a really effective producer for all species of Sunfish. Fish generally love the taste of the product and it is a very cheap bait. Hotdogs out of the package generally have a strong scent and flavor combination. They are also covered in oil so the scent never actually dissolves. Hotdogs keep a fairly long time and just a couple of dollars makes a while bunch of bait.

You want to cut them into very small pieces that fit easily into the fish’s mouth. Originally imported to the states from Germany, these sausages have their place in fishing as well as in the cuisine of many individuals. Hotdogs are best used when cut into very tiny pieces and threaded onto a very small hook. They produce fish in warm water as well as cold. 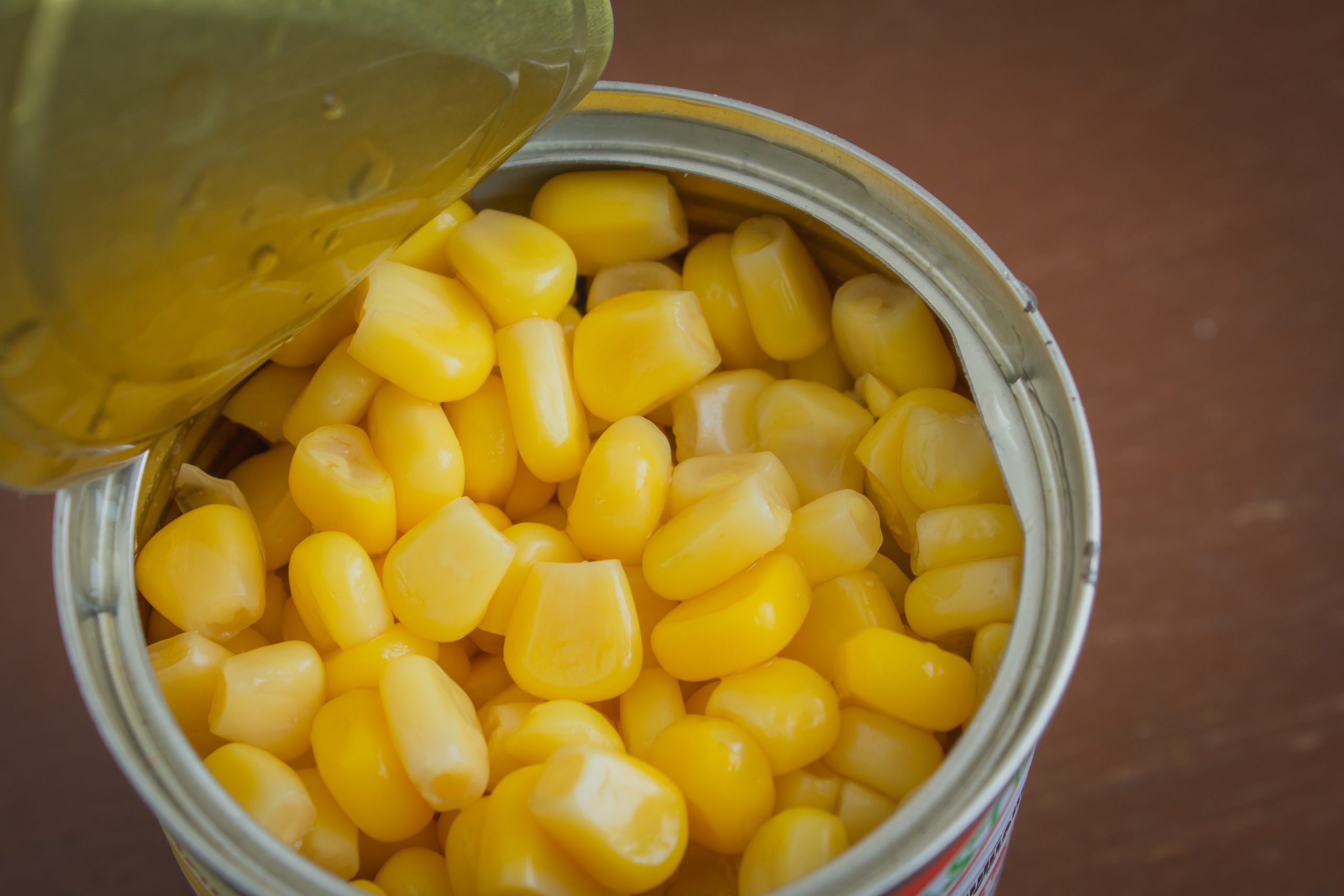 Corn is the universal chum and panfish bait. It will catch panfish, Catfish, and Carp. You can find corn pretty much anywhere that sells vegetables of any kind and even at your local outdoors and sporting goods retailer in the hunting or feed section. You can purchase huge bags of feed corn that is originally used to attract whitetail deer and other animals to feeding stations. That will run you a few dollars. The great thing about corn is the price and efficiency of the bait.

Simply because you can purchase so much of it for a little of nothing, you can use it to chum up an area and get the fish feeding. While the fish are eating the chum, it is a good idea to pierce one or two kernels and drop it down. This technique can produce fish even when they are not in a feeding mood. It is hard for fish to pass up an opportunity to fill up on food even if they are not hungry. Since survival is the name of the game in the wild, corn will almost force the fish to eat even in cold water. Feed corn is pretty tough raw.

Fish will eat it this way, but it will expand in their stomachs and can kill the fish. You will want to boil feed corn for at least a few hours or at least until it gets soft enough to squish easily between your fingers. Since feed corn is a much bigger kernel, it targets bigger fish. To target smaller fish, you want to use canned sweet corn instead. You can find it pretty much everywhere that sells groceries in the canned goods section. Cans of corn last a very long time in your tackle box.

Remember To Use The Right One

When after the species, knowing the best baits to use can help you hook up with a lot more fish. It doesn’t matter what your reason for targeting them is. Whether it is for catfish bait, having fun with the rest of the family, or because you want a nice fish fry, the best Bluegill baits are the ones that catch fish consistently, easily, and effectively. Having these baits on hand will land you more fish if you are after Bluegill or any other panfish. Give the baits a try. They have proven themselves over and over again to be effective.

What is your favorite bait for Bluegill? Leave a comment below so we can hear what you have to say!

David Moore is a participant in the Amazon Services LLC Associates Program, an affiliate advertising program designed to provide a means for sites to earn advertising fees by advertising and linking to Amazon

Get Our Exclusive Guide to Crappie!

Show me the new guide!