Whenever it comes to catfishing in general, whether it be from the bank or from a boat, knowing some specific channel catfishing tips will help put more channels in your boat more often. There are many good reasons to fish for them. Channel catfish are great when hooked on the end of your line as a game fish, on your wall as a mount or a replica to commemorate a wonderful memory of past success, or maybe even more so, prepared as a tasty seafood dish to satisfy the hunger of you and your family. Fresh is better than frozen. Maybe you do not want food.

They are one of the easiest species of catfish to catch in North America largely in part due to their ever-present populations in many water bodies. Even so, they may be more elusive to anglers unless you know how to fish for them correctly utilizing what they naturally eat. The most effective and ways to catch channels are consistent. You’re after numbers for the most part.

Knowing how they act and why, what times are the best to fish for them, what foods they prefer to eat, and how to fish for them with a rod and reel using those very same baits is important. It is easier when you know and practice. The more you practice and the more fish you catch, the easier it gets to be successful. You have what it takes to become a great catfish angler.

The Swimming Tongue — A Fish Full Of Taste Receptors

Compared to the behavior of other freshwater fish, channel catfish behave similarly but with a few key differences. Like typical hunters, catfish usually prefer to hunt food first. Unlike other species of fish like largemouth bass who are almost exclusively sight feeders, they hunt off of visuals only some time instead of relying on it. Their eyesight accounts for very little of their time spent hunting or prey caught. That is really saying something too. That is because they hunt often and catch most baitfish. They just don’t usually use their eyes to do it.

Channel catfish react to stimuli in their environment using very acute senses of taste, smell, touch, and hearing. This leads the fish to act differently than other fish who rely on a single sense, such as sight. Sight is less important. They have taste buds all over their bodies, and they are particularly concentrated in and around the barbels (whiskers). If you were a catfish, you could taste something by touching it or being close to it’s location. The whiskers don’t sting.

They are one of the few fish species that could survive completely blind if they ever needed to. This allows them to hunt in very dirty water or at night and often is the reason why many anglers go night fishing for them with absurdly stinky baits. They can taste and smell molecules in the water extremely well, they don’t use their eyes very often, and they would prefer to hunt if they are able. Those senses are just to keen for you to ignore them. Use them to your advantage! 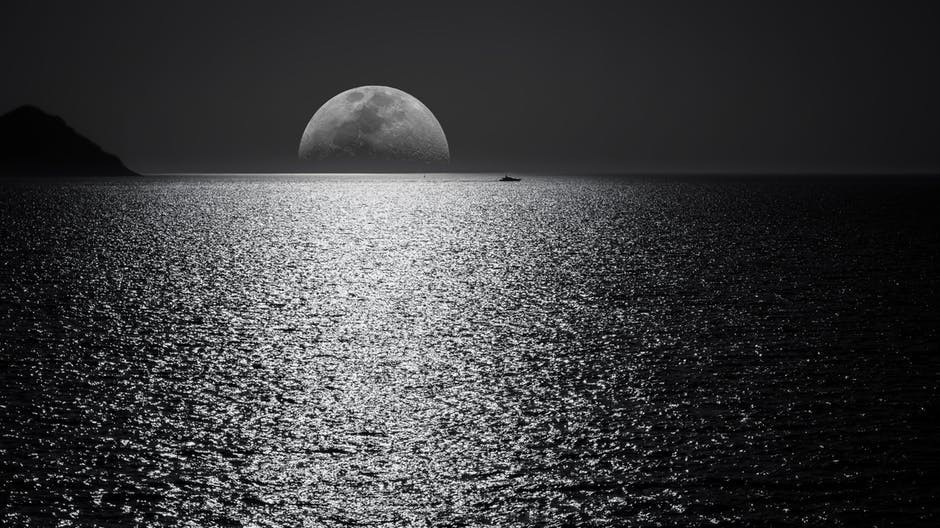 Actually, that answer is dependent on whom you ask. It may not actually be the day. Fish at night! Both day and night are excellent and boast wonderful fishing opportunities. All catfish can be caught in the heat of daylight as well as in the darkness yet fishing for catfish always seems to be better after the sun has set. This is when all the pros fish. This is for a very great reason too! They use taste and smell much more often than their eyes. It is also when they hunt.

Catfish are usually the most active at night, but that does not at all mean they are inactive during daylight hours. They certainly are active during this time. They can also be caught in every single season of the year regardless of how the weather looks. In the summer when it gets hot, the fish will often choose a spot to relax in and stay there all day until nightfall. At this time, they will always hold near their biggest food source. They are always chasing the food around.

Large schools of baitfish. Night allows for cooler water and more manageable hunting opportunities for the catfish. This is the reason that you should decide on a time of day based on the season of the year. They are cold-blooded animals. No one likes to risk heat strokes or heart attacks for a chance at food. Not even fish. Likewise in the winter, they will hunt in broad daylight because of the cooler temperatures, and often you can let the fish come to you. Again, fish at night! They cannot see at night at all, so it really helps with getting them to bite.

The Channel Catfish Diet — What Catfish Prefer To Eat

All catfish have a varied food supply, at least until a certain size. When young, channels target prey they can easily overpower. They opt for tiny options like worms, insects, and very small crayfish. In comparison, their diet is extremely similar to bluegill when they are this small. When they reach a size where they can fit larger prey in their mouths, they start to hunt for minnows, shad, sunfish, larger crayfish, clams, and other bite-sized offerings. Bite-sized offerings are best.

Despite being a hunter by nature, they are also scavengers that rarely hesitate to engulf anything that can result in a full belly. It is hard for them to pass up dead fish or prey floating in the water. Channels in particular will sometimes eat plant matter that falls into the water such as berries. If you really want success though, you need to use their main food in the water.

The main food for any catfish over four pounds is live fish and as much of it as they can pack inside their bellies. For channels in particular, however, all sizes will bite cut bait and the lively factor of the bait doesn’t matter as much to them. If your water has shad, use shad. If the forage is sunfish, use sunfish! Don’t second guess yourself. Choosing the right bait will mean success.

The Best Channel Catfish Fishing Bait — What Bait Is It?

Keep in mind when referring to what the best bait for channels might be, keep in mind that we could be talking about two different concepts here. The first is this. What bait catches the most? The second is this. What bait catches the BIGGEST catfish? When deciphering the best channel catfish baits, it’s important to know which scenario we are talking about. There is more than one.

For instance, the bait that catches the most fish might not catch the biggest ones, and they often don’t. In comparison, the bait that catches a twenty-pound channel may only catch one or two big fish that day. Seeing as how many fish are smaller, a quantity over quality scenario applies here. If targeting numbers, use a commercially prepared catfish bait for success. Examples include:

What Forage Do Catfish Naturally Eat? Why It Matters

The real priority is that your rod is up for the challenge. All types of lines are for smaller fish. For bigger fish, you want a heavy braided line. Braid is a super line that can take a ton of abuse from heavy fighters before it breaks. Usually somewhere in the twenty or thirty-pound range works well. Usually, when catfishing, the bait used is more important to catching fish than the rig used to present it. Even so, I feel the Carolina rig is the most versatile of rigs to catch channel catfish as well as catfishing in general. I see so many rigs and other setups that anglers use.

Why The Carolina Is The Most Versatile Catfishing Rig

Use the Carolina rig! Forget all the other rigs. You don’t often need them. All baits will work with it and it couldn’t be easier to put together. I suggest trying out the Carolina rig for all species and sizes of catfish whether it be channels, blues, or flatheads. The Carolina rig consists of a sinker, a plastic bead, a swivel, a monofilament leader line, and a hook. Decide whether you want to set the hook on the fish or not. If not, you want to leave your rod in a rod holder and wait for a bite using a circle hook. It is usually best to leave your rod in a rod holder instead of holding it. 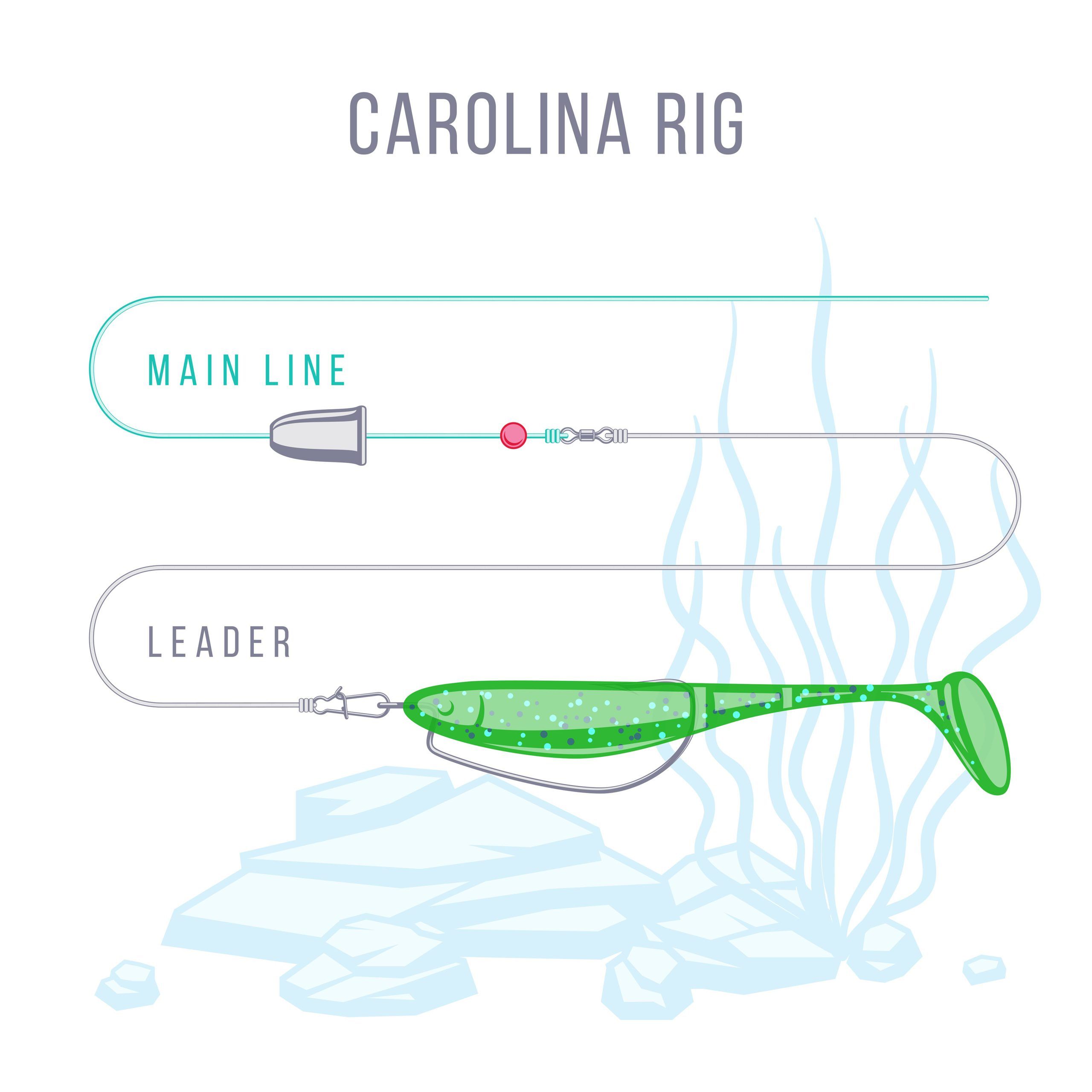 Why You Should Have Steel Hands When Catfishing

If you do want to set the hook, choose a very big, thick wire, hook for the job. Circle hooks often work well for the angler who doesn’t want to worry about hook injuries as much because they set themselves. If you use barbed hooks, make sure to prepare for the emergency that will inevitably happen. Getting hooks in your hand or arm past the barb is a very terrible experience.

Also, the small fish have spikes on their fins and can stab you very badly. Be careful how you handle them. As for the catfish, they have tough mouths and a thinner hook would probably snap under stress. Look for shad and individual fish on a fish finder or if fishing from the bank, cast your rig next to structures such as fallen trees. If you do not get a bite within ten minutes, you are probably in a bad spot. At that point, I would reel back up and move to another one.

When you have found fish, they will usually be fast and furious biters. After you have gotten a bite, wait for a few seconds for the fish to take the bait before setting the hook. If using a circle hook, wait a few seconds before reeling. Reel until the rod loads up and play with the fish.

Channel Catfish In a Nutshell – Its Actually Very Simple

Channel catfish are a wonderful species of fish for many reasons. While they might not win a beauty contest anytime soon, they taste amazing, they fight hard, and there is plenty of them. Regardless of your reason for targeting them specifically, it never hurts to have some extra channel catfishing tips on hand. Whether it be to have a fish fry with a side of fries, coleslaw, and hush puppies, or because you just cannot get enough of big channel cats ripping drag off your reel, this is a fish that deserves much more respect than it gets. All in all, I think every angler could enjoy catching them for one reason or another. You have to learn that reason. 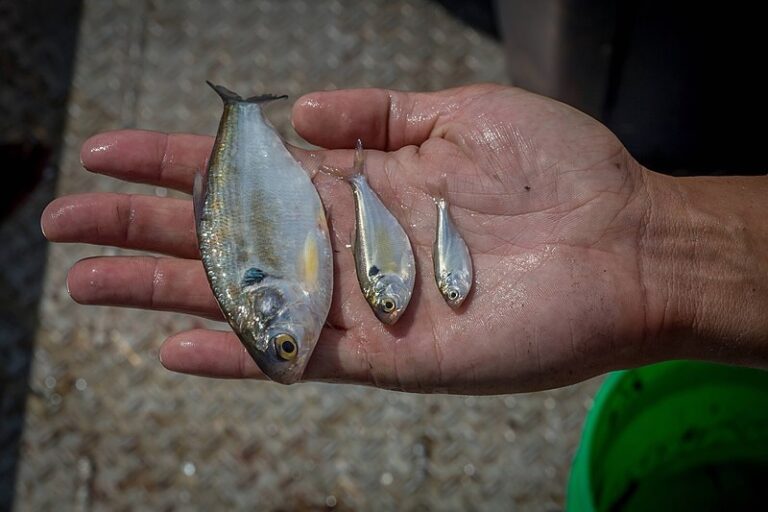 Catching gizzard shad on a rod a hook is a technique that many anglers may want to try. Many… 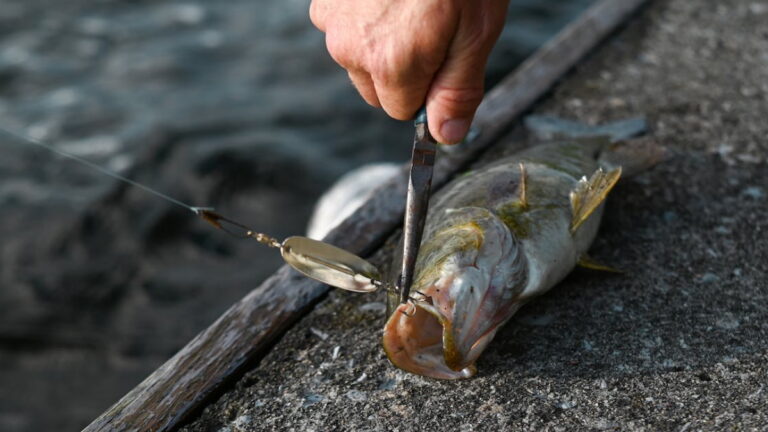 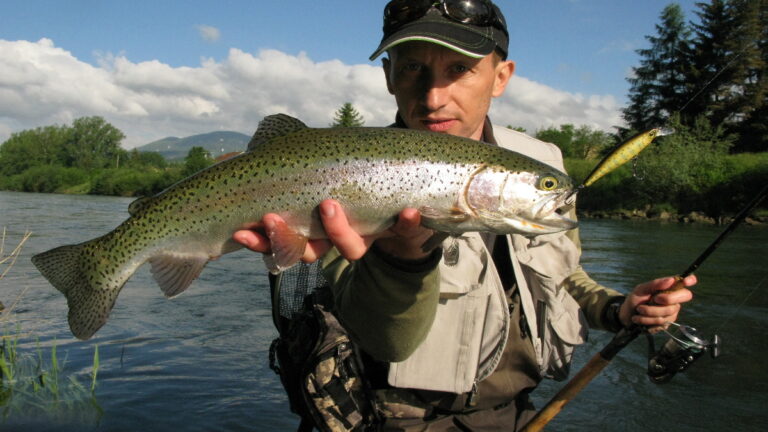 If how to catch rainbow trout in a pond sounds like an easy task, you have probably done it… Everybody loves to fish but freshwater fishing for beginners is the place to start. While it is true that… 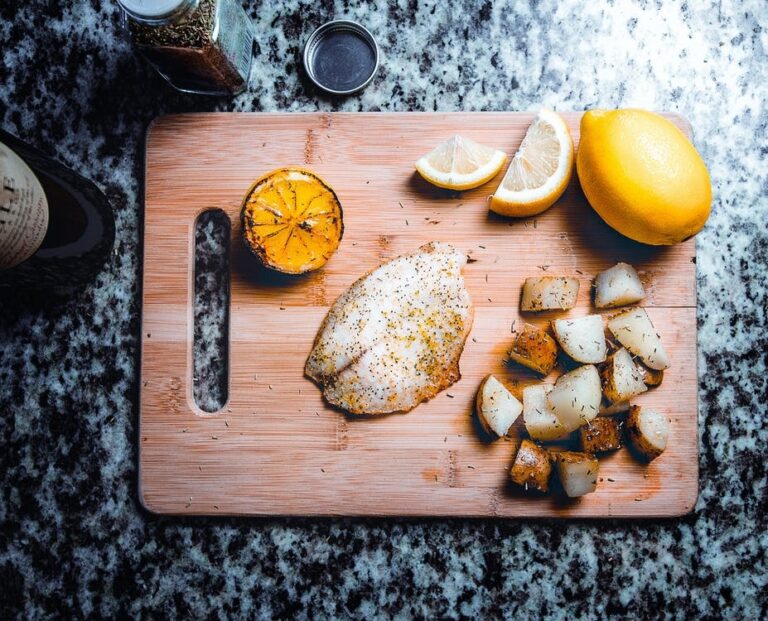 Largemouth bass are one of America’s most popular fish because of their incredible fighting abilities. The skin on a… 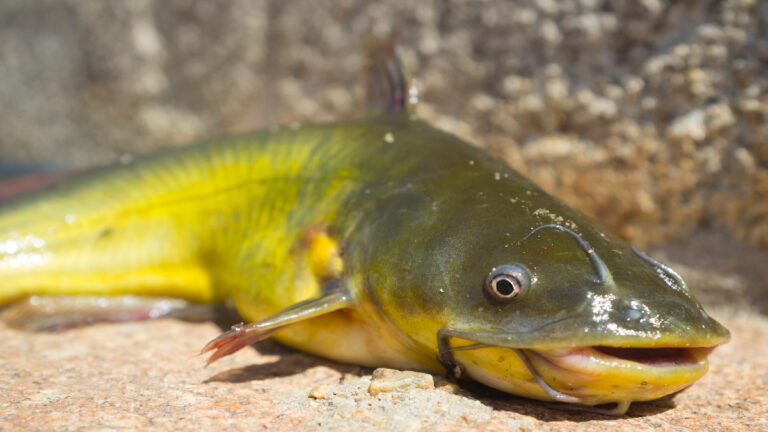 If how to catch bullheads sounds simple, chances are that you knew how to already. They are sometimes caught…